Next Scale Stop for commercial and industrial

Salt softeners have many limitations in commercial and industrial applications which are well recognised and understood. Next Scale Stop can provide the protection needed without the restrictions associated with salt softener systems.

Next Scale Stop can be used to protect boilers, and a host of other equipment which salt systems are unsuitable for.

Indepentently tested under the German DVGW - W512 protocol with efficency results of over 95% - equal to or better than salt softener systems.

In industrial processes, disposal of brine from the regeneration and backwashing of ion exchange water softeners is becoming an ever bigger problem. Water companies are seeing an increase in TDS (Total Dissolved Solids) in waste water and many companies are tankering brine off site for disposal. Add to that the cost of salt and the thousands of cubic metres used in backwashing and is easy to identify the savings achievable by using Next Scale Stop to protect your plant. The return on investment is typically less than a year, and operational costs year after year following installation show significant reductions

We don't make any claims about having a magic bullet, but we do have a proven alternative to ion exchange softeners and with it, a much broader range of protection opportunities.

Typically, capital cost is no more than salt softener systems, but operational costs are much lower. In commercial and industrial systems, media is normally changed after 3 or 5 years (depending on system size) and requires no regular maintenance, topping up, regeneration or backwashing. The cost of a media change is substantially less than using salt. 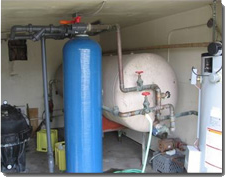 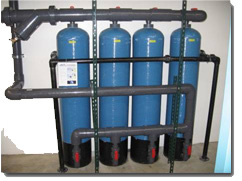